Commemoration Programme of the 78th anniversary of the Warsaw Rising

Community singing of the songs from the Warsaw Rising at Piłsudski Square, a concert performed by Kwiat Jabłoni & invited guests, a photography competition, a commemorative cycle rally and many more events are planned by the Warsaw Rising Museum for the 78th Anniversary of the Warsaw Rising. View full programme. 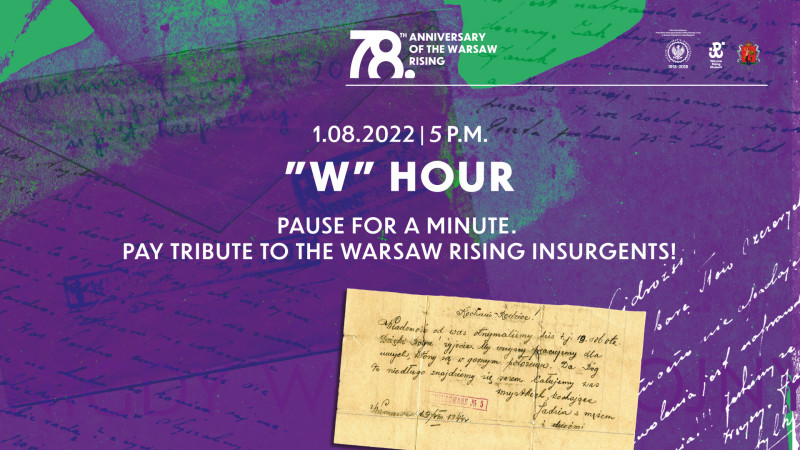 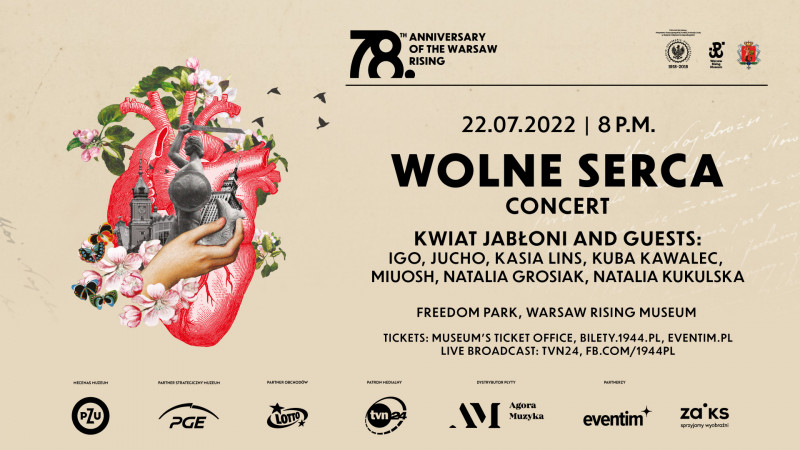 Tickets are available at the museum ticket office and online: bilety.1944.pl i eventim.pl 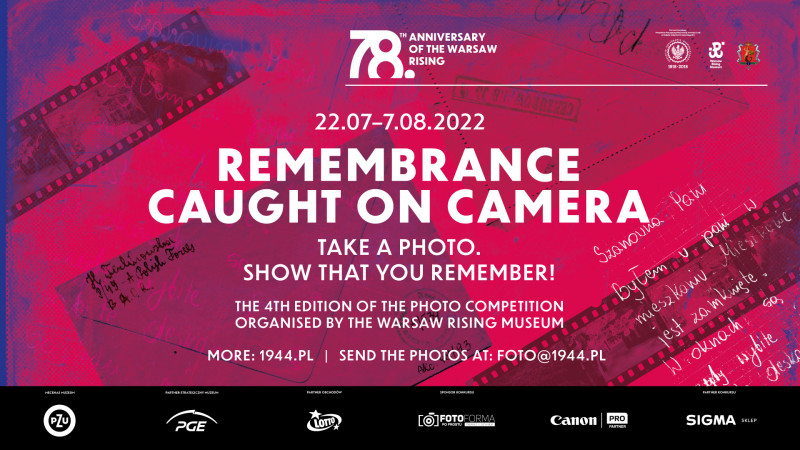 Take part in the photography competition organized due to the 78th anniversary of the Warsaw Rising. Capture the commemorations with your camera or smartphone anywhere in the world. Official ceremonies, concerts, social activities. The theme of your work can be anything to do with the commemorations of the Warsaw Rising. Join the group of the competition laureates which includes professional photographers as well as photography enthusiasts.

Take a photo. Show the world that you remember!

You can win in two categories:

We will select the photographs that reflect the commemorations of the 78th anniversary of the Warsaw Rising in the most personal and creative manner.

The photos submitted to the competition will be judged members of the jury: Zbigniew Furman, Wojciech Grzędziński, Jacek Marczewski, Chris Niedenthal (professional photographers) and Jan Ołdakowski (director of the Warsaw Rising Museum).

Partner to the competition:
Sigma-Sklep.pl

Holy Mass with the attendance of Insurgents, scouts and Warsaw residents.

State decorations will be granted by the President of the Republic of Poland.

Entrance upon invitation for Insurgents and their families

“Today – tomorrow – the day after, conspirators, Insurgents and scientists” 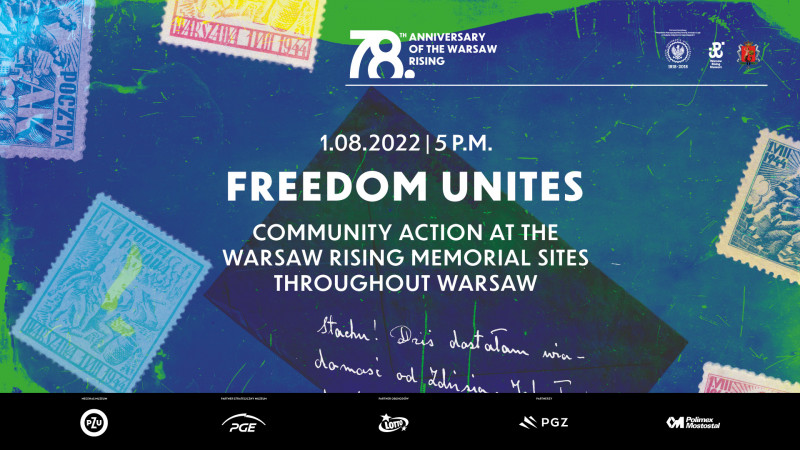 Community action at the Warsaw Rising memorial sites throughout Warsaw. 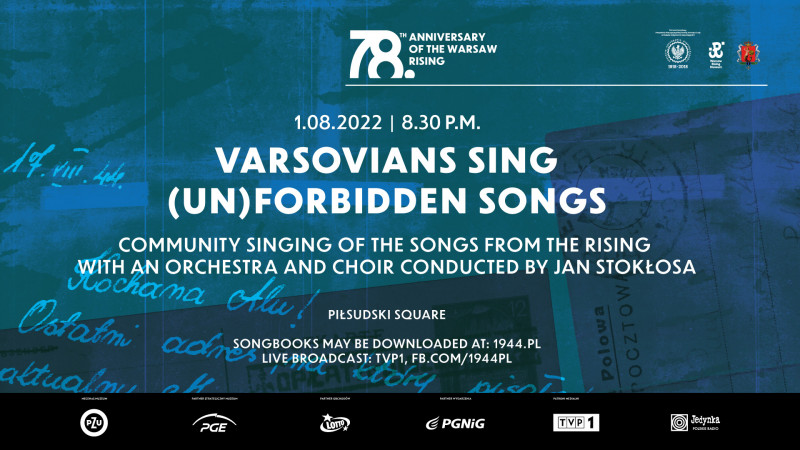 Community singing of the songs from the Rising with an orchestra and choir conducted by Jan Stokłosa.

Songbooks may be downloaded at: 1944.pl

Live broadcast on TVP1 and on the Warsaw Rising Museum Facebook


Based on  Władysław Zambrzycki`s novel

Entry upon invitation only


Based on  Władysław Zambrzycki`s novel

Please note that limited number of tickets are available
Tickets available at the museum`s Ticket Office and online: bilety.1944.pl i eventim.pl

Entry upon invitation only

at the monument “In Memory of 50,000 Inhabitants of Wola Murdered by the Germans during the Warsaw Rising 1944” 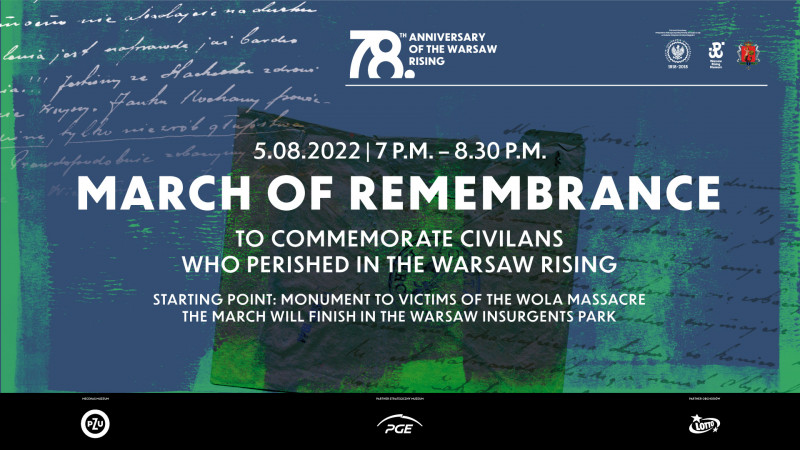 Participants will walk towards the Warsaw Insurgents Cemetery commemorating the inhabitants of the capital who perished during the Warsaw Rising. Their names will be read out during the march.

End of the March of Remembrance

Limited number of tickets available
If you wish to participate, please contact us: rejestracja.1944.pl 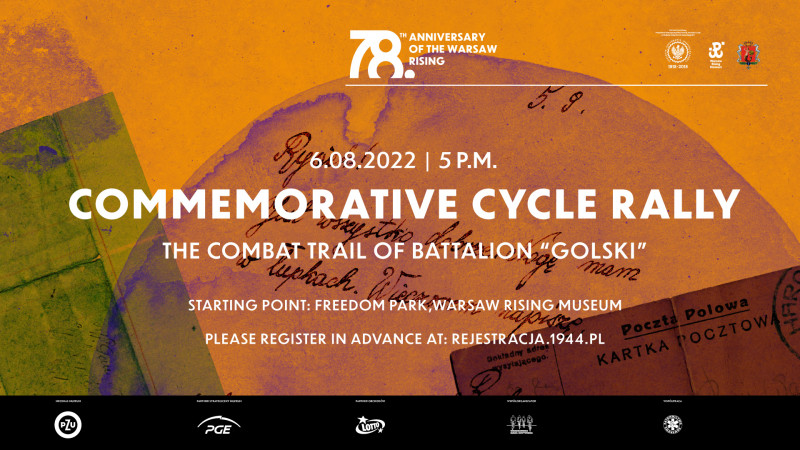 Participants will ride their bikes following the combat trail of the Home Army Battalion "Golski".

Participation upon registration at: rejestracja.1944.pl


Information Centre of the 78th anniversary of the Warsaw Rising

Community singing of the songs from the Rising with an orchestra and choir conducted by Jan Stokłosa. 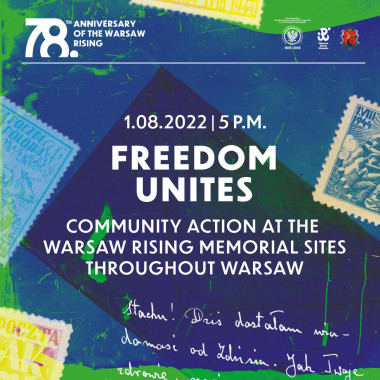 The Warsaw Rising Museum encourages the inhabitants of Warsaw and all people who are in the Polish capital on August, 1 to take part in a community action „Wolność łączy” – ‘Freedom unites’. 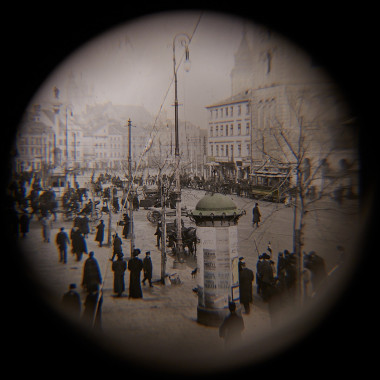 The Warsaw Photoplasticon is open again! 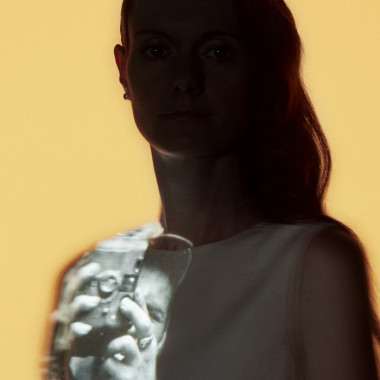 Take part in a photo competition organised to commemorate the 77th anniversary of the Warsaw Rising. Catch on your camera or smartphone the way we commemorate the Rising wherever you are, no matter whether in Poland or in the world! Official commemorations, concerts, social events – take a picture of anything that is about remembering what happened in Warsaw in August and September 1944. Show that you care!